The International Contest had been my dream. But at that moment, I felt almost uneligible even for the regional contest.

I got to know about the Physics Olympiad when I was in grade 12. When I heard about it, it had a really great impression and strong impact upon me. One of our senior brothers had got an Honorable Mention in the International Physics Olympaid(2011) and that paved his path into MIT. The news touched me so much that the brother became my role model and International Physics Olympaid, my dream. Like 'Love at the First Sight', it was 'Dream at the First Hearing'.

Back to the story.

Just like a lover goes after his/her love, I started chasing my dream. That means I started spending times in library instead of college playground. And almost all the time spent in library, it used to be studying physics. I remember a book named "ABC of Physics" which used to have good concepts and challenging problems/solutions. Chasing dream felt so great.

Now that almost all of our friends knew about the contest, and our physics teacher had also mentioned about it, 'physics ehthusiast' group was formed. Not a formal group, but we used to go to the library, read and discuss physics. It was fun. Time passed by and, at around March that year(2011) we got a notice from our Physics Sir that regional exam was going to be held soon. We were all excited, but quite nervous as well.

The regional exam was in Birendra Campus, Bharatpur, Chitwan. I, along with a couple of other friends went there for the exam. There were other guys, brilliant and excited. As I heard them talking about how much they had practiced the questions, the old questions and the questions from the actual contests in the past as well, I was getting quite nervous and frustrated. I hadn't even looked into a single question from the past, nor from any other contests. I had only studied University Physics and some bits of ABC of Physics. No questions solving practiced, not even thought about the past questions.

The International Contest had been my dream. But at that moment, I felt almost uneligible even for the regional contest.

But dreams are dreams. You have to get it. Try or die.

So, I went to a place far from those guys where I couldn't hear them. Felt a bit better. At the very least, I have studied University Physics.

Past Questions? I'll deal with the present ones.

Just kidding! I was still afraid because I hadn't done much practice.

As soon as the question papers were distributed in the exam hall, everyone was silent. Not only because it was exam hall but because the questions were way tougher than we used to have in our physics tests in college. Soon we were all biting pens and scratching our heads.

After a quite nice period of struggling and scratching of head, I finally managed to attempt a question. I calculated the answer. And that made me derive my confidence. Soon I was attempting other questions, one after another. I don't know if my solutions were correct, but I did them. No exam had been so fun. Non-stop thinkings and logics, mathematics and physics. What a satisfying exam!!

The exam was over, results were not out yet and things were getting normal. Then one day, while I was in the examination hall for our test exam in college, one of our physics teacher came and announced that I had been selected among the top 20 students from regional contests from all over Nepal.

So happy that I almost dropped the test examination. And you know, only two had been selected from Chitwan. The other friend was from Orchid College.

Then I thought I need to buy University Physics of my own. A couple of days later I went to Kathmandu with my father to buy the book. Happiness was in the air.

Okay, FAST FORWARD... I took my Higher Secondary(+2) exam and came to Kathmandu, to prepare for Engineering Entrance Examination(I wanted to be a Computer Engineer, which I am now).

The 20 students, who had been selected from regional contests, are given training and coaching by Nepal Physics Society to prepare them for NePhO. I never missed a day in the training. Great physics professors used to teach us. We felt very previleged and lucky to be their students for that short period of time. I used to go to my entrance preparation classes as well. But my focus was on IPhO.

And finally, NePhO had arrived. Now, among the 20, only 5 were going to be selected for the International Contest(IPhO). Almost all of the 20 appeared. Needless to say, this exam would be way more difficult than the previous one. New concepts, and we even studied some of General Relativity(you know, Albert Einstein).

I attempted most of the questions, wrote as much as I could think. I did my best. I was not fully satisfied though. However, I had the feeling that I should be selected among the 5. A small voice from the core of my heart said so. Fingers Crossed.

Sadly enough, I did not get any calls from Nepal Physics Society saying I was selected, even after many days passed after the exam and the deadline for result had passed. Perhaps the voice was wrong. Perhaps I was not meant to pass the NePhO exam. Perhaps I was not be going to be one to represent my country. Time to move on son.

One day, I got a call. From Nepal Physics Society. The voice said, "Congratulations Bibek!! You have been selected among the 5 for IPhO." Totally shocked, I was like:
Is he calling the right Bibek?
Is even my name Bibek?
Am I even breathing? Even alive?

Don't ask me how happy I was. It felt like the universe was created for that very phone call. Boundless happiness.

Then, five of us were given next level of trainings. We were taught how to use equipments in lab. Even newer concepts. The host for the IPhO was Estonia, a country in Northern Europe, close to Russia. We would be in Estonia in around a month or two, competing with the brilliants from all over the world, swaggering the most unique flag in the world, the sun and the moon. Long live Nepal.

And you know what was the most exciting part?
"Estonia is called the land of beautiful ladies". 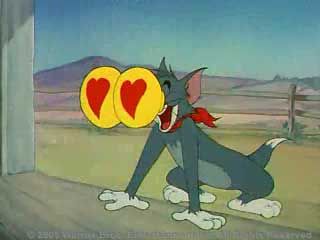 Afterwards, my days were more devoted to preparing for IPhO than for engineering. I knew I had to get into engineering too, but I couldn't miss this once in a lifetime opportunity and partial achievement as well. I was quite hopeful that I would pass the Entrance with what I'd been preparing till then.

We were having fun time together. Physics study, preparation, looking at the Contest's Schedule and getting excited, and talking about those beautiful ladies soon to be seen. We would also dream about the gold/silver medals, honorary mentions, MIT, Harvard and so on. We would also discuss how talented the Chinese and Russian kids are in Physics and how they always receive gold medals. We talked about the bitter truth, how we are way backward than thay are, especially in Physics and Mathematics.

The day was nearing by and it was then high time we perpared other things like visa, collecting funds and other management things. We could not see anyone of the Physics Society mention about such things seriously. One of the teachers seemed to be active, but with him alone, things were not progressing. We had already got our passports made. I had stood in queue for eight straight hours to get my passport.

We had started to feel cold inside. It seemed like we might not be able to attend the contest. Nothing was in our hands. We could bear majority of our expenses, but that would not mean anything unless we had visa and had properly registered in the contest. The Physics Society was in charge of this. But somehow, they were not able to do it. And, to be honest, we didn't find them too serious this time. This had been the first time nobody from the society was so active about the issue. We used to roam here and there, one office to another, TU(Tribhuwan University) Kirtipur to Physics Society office near Ghantaghar, sometimes to Embassy. Engineering and Medical Entrance Preparations had long been forgotten.

Just a couple of days for the event now. We had somehow managed to register for the event because one of the physics professor was in Estonia that time. But Visa and funding, we had not progressed at all. No member from Physics Society was taking the lead actively. We even used to have loud arguements with some of the members. They used to say "We are trying". We didn't even know what was causing the issue.

When just about two days left, we little five were not alone. Our parents joined us in the quest. We used to go together to Physiics Society, talk with the members, go to the embassy. Afterall, dreams are dreams. And hopes never die. We used to have long discussions. One reason showed to us was lack of funds. But every year, five students were representing Nepal in IPhO.

With all those hassles about getting visa, talking to Embassy, trying to collect funds and so on for quite a long, we now had a single day left. We were still hoping with every bit of our heart that if embassy would understand our situation and we could get visa, we could still attend the contest. Waiting outside the Embassy while a couple of the Physics Society's members were inside, we could see some despair and some faint hope in each other's face. We couldn't even smile. In fact, we didn't feel like smiling.

Well, this story has a sad ending. We could not go. Life is not always sugar and honey.

We could not go. And I don't know what made things wrong. I just think that Nepal Physics Society could have felt more responsible. Maybe they had their own reasons. God knows. But we could not go.

The Estonian ladies could not see us.

I couldn't get into MIT, Harvarad or Princeton. But I had my greatest moments in Pulchowk Engineering Campus. I really mean it. I am a computer engineer now, a proud and a happy one. I had fallen in love with computers since I was in grade 2. Now I spend almost all my time doing what I love, Programming and studying Mathematics.

There is always some way for us to do what we love.